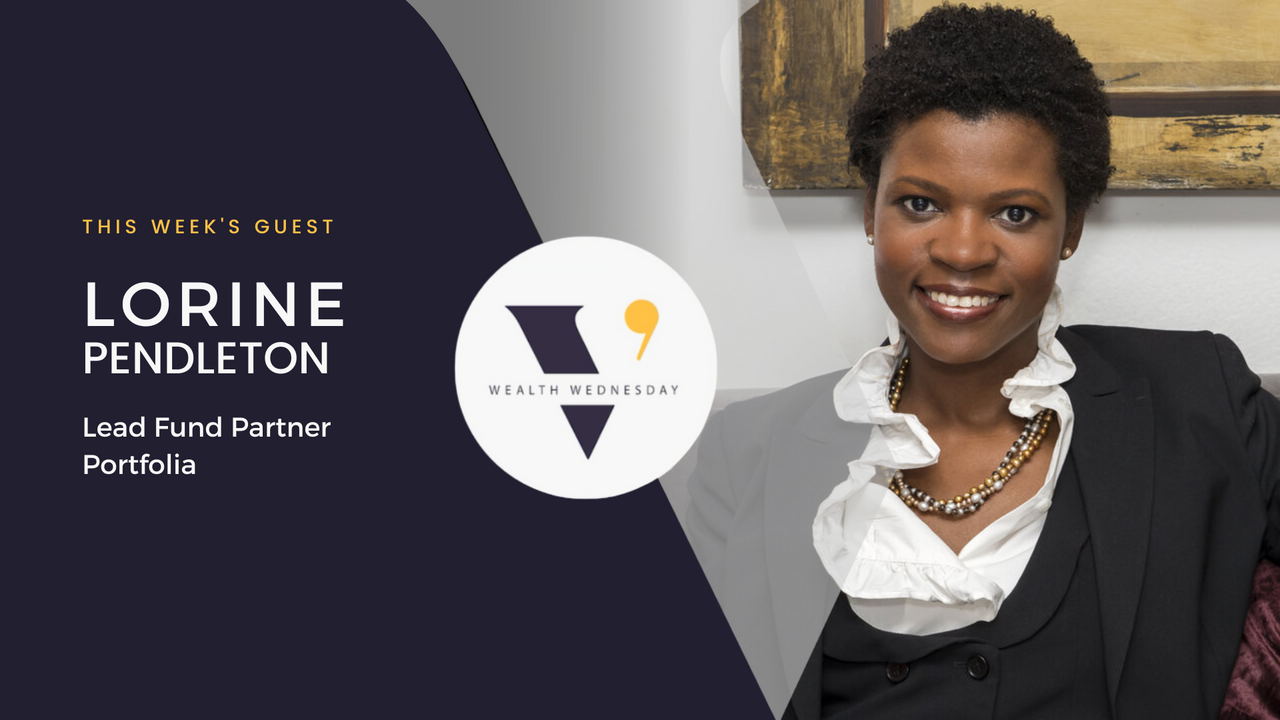 Venturing into VC with Lorine Pendleton

Lorine Pendleton is a seasoned VC, advisor, and attorney with extensive experience in the legal, technology and entertainment industries. She was named by Mergers & Acquisitions as the 2021 Top 25 Most Influential Women in Mid-Market M&A, by Worth as one of the “16 Financial Powerhouses,” Marie Claire as one of the “Most 50 Connected Women in America – Star Dealmaker,” Brown Brothers Harriman’s Women & Wealth as “21 Women to Watch in 2021, Business Insider as one of the “22 Female Angel Investors Every Startup Founder Should Know,” Crunchbase as “39 Black Women Investors Inspiring a New Generation of Investors,” Medium as one of the “200 Women of Color to Follow on Twitter,” and Black Enterprise as one of the “20 Angel Investors You Should Know.”

From graduating from Brown University (BA – Economics) and New York Law School (JD), she is now the Lead Fund Manager of Lead Investment Partner at Portfolia’s Rising America Fund I & II, which invests in companies with founders of color, women, LGBTQI+ or companies with products or services addressing those markets. Her fund has made 25+ investments to date including notable investments such as Maven Health ($1B+ valued women’s health company), Madison Reed (revolutionizing hair color), Canela Media (Latinx streaming service), and MoCaFi (digital bank for the under- and unbanked).

When it comes to Venture Capital, 10 years ago, I made my first investment in a company called Sesay - a consumer packaged goods company. They have non-GMO organic baking goods like a brownie and hot cocoa baking mixes. When we made the investments, the company was already Whole Foods and they were in about 4,000 stores from Kruegers to Costco to Whole Foods. That was my very first investment.

I also went through a program called Pipeline Angels, a training program to get more women to get into angel investing. That program aims to have more women-led companies get funded. I was in the second class to graduate. Pipeline Angels now has over 500 alumni who have gone through and are doing really great things, started funds, and writing books about their investment journey.

My parents set me up with a savings account when I was around 7 years old. I think my first stock was IBM since my dad previously worked for IBM. He made an investment on my behalf, an IMB stock, and that was the first public equity that I owned.

After graduating from college, I had my 401k and started making investments online. Fun fact, I invested in Netflix when it was first publicly traded. It was around a thousand dollars, it went up, and I immediately sold it. At the time, they weren't even streaming. You just have to sign up and the DVDs will be delivered to you.

I was a former lawyer in big law firms and one weekend, I was getting ready for the work week, doing my errands at home. I had my TV in the background and a show from CNN with O'Brien called Black in America. She was talking about different topics, and that week was about entrepreneurship in the black community. She had a group of black entrepreneurs who were in this accelerated program and she was tracing their journey through that program. She stated there that less than 1% of VC dollars goes to black founders. Having experience working at 3 venture-backed companies, I was shocked by these stats - I couldn't believe it. I had to research and fact-check and it was certainly a case. At that moment, I said to myself that I want to change that. 3 weeks later there was a newsletter that hit my inbox, it was called DailyWorth - a daily newsletter about financial matters led by women. I opened it up and in that was Natalia Oberti Noguera, founder of Pipeline Angels. I was amazed by her interview in that newsletter and so I applied, got interviewed, and got in. That's where I started my angel investment journey. Pipeline angels had a great program. I learned how to review deals, do due diligence, and how to value companies. For 6 months, we had mentors and instructors. We also had our own pitch summit where there would be a hundred applicants and we would narrow it down to make the investments. It was a whole process that demystified angel investing space for me.

I eventually started investing with my own money. I connected with Portfolia through Barbara Clarke who was one of the biggest angel investors out there. She introduced me to Portfolia, it was their very first fund at the time where people can invest a minimum of $10,000. I also loved their model because limited partners we're invited every month to pitch calls, something most VC funds don't do. The general partner can raise their hand if they want to be part of the due diligence team. That's what I did - I was on a couple of due diligence teams and I invested in two prior funds. Portfolia provides you with that back office and support you needed. I was able to find great deals, do due diligence, and was able to negotiate to invest. That's how I got my start in the space.

Talent is equally distributed, Opportunity is not. I believe and know that there are great underrepresented founders who have great ideas and could create billion-dollar companies but haven't been exposed to the space or don't know how to raise money. They could be the first generation ever going to college, immigrants, or maybe they didn't go to college but don't have the networks that others have.

I'm on a mission to get that capital to entrepreneurs that are overlooked or aren't given the capital. There's a misconception that you're sacrificing the returns on impact investing. I'm a venture capitalist and when we're doing due diligence, we always consider if the company will do well and if they will have an exit and return. You can do both. You don't have to sacrifice returns for having an impact.

There will be a massive shift in wealth. Women will be controlling the majority of the wealth in this country due to a number of factors. It can be from inheritance and also having more women create companies. Which is a great opportunity because only half of the 1% of women-accredited investors get to invest in early-stage companies versus 30% of men who are invested in this asset class. If we want to make an impact and want more women to get to invest in companies, I highly recommend doing it collectively or doing it alongside others. There are tons of angel investing groups like Golden Seeds and Astia Angels. It is exciting for me to see women use their wealth and invest in companies that they want to see in the world for impacts and returns.

Most recently, I've been inspired by Serena Williams and Serena Ventures. We haven't met but someone connected me to her and we exchanged emails. She has an incredible career - a trailblazer in tennis but now retiring. She's been an angel investor and has done really well investing in amazing companies. She launched her fund where she raised $11 million and has a great team behind her. I'm excited to witness what she's going to do in the venture space as she has been an inspiration not just to me but to a lot of other people.

What advice would you give to someone getting started especially women founders?

Have a tight business model. Consider how are you going to make money and bring revenue as quickly as possible. Be scrappy. Apply to a program like Pipeline Angels, they are like a friend and family round. Enter pitch competitions because they'll help you hone your pitch. A lot of founders started in a pitch competition where they won and got git funding. Build and widen your network - meet as many investors as you can, be plugged in, and go to a lot of events.

Do not be discouraged if get rejected. Be open because not everyone is willing or able to write a check but they can contribute and help you in other ways. I'd say get a great advisory board too.

All in all, you have to make sure that whatever you're doing has a big market. You have a great solution for it. You can tell the story and get people excited. You have to get employees, excited investors, and customers. Be a great storyteller.

I'm on all social media - LinkedIn, Instagram, & Twitter. You can send me a note and I will definitely circle back. I'm also relaunching my website shortly so it'll look much better.

My fund will be launching soon. Some areas we will be investing in are web3, fintech, media entertainment, and wellness communities.

Have thoughts on this week’s topic or questions for me or Lorine? Post your thoughts in the comment section. Until next week. 🙂