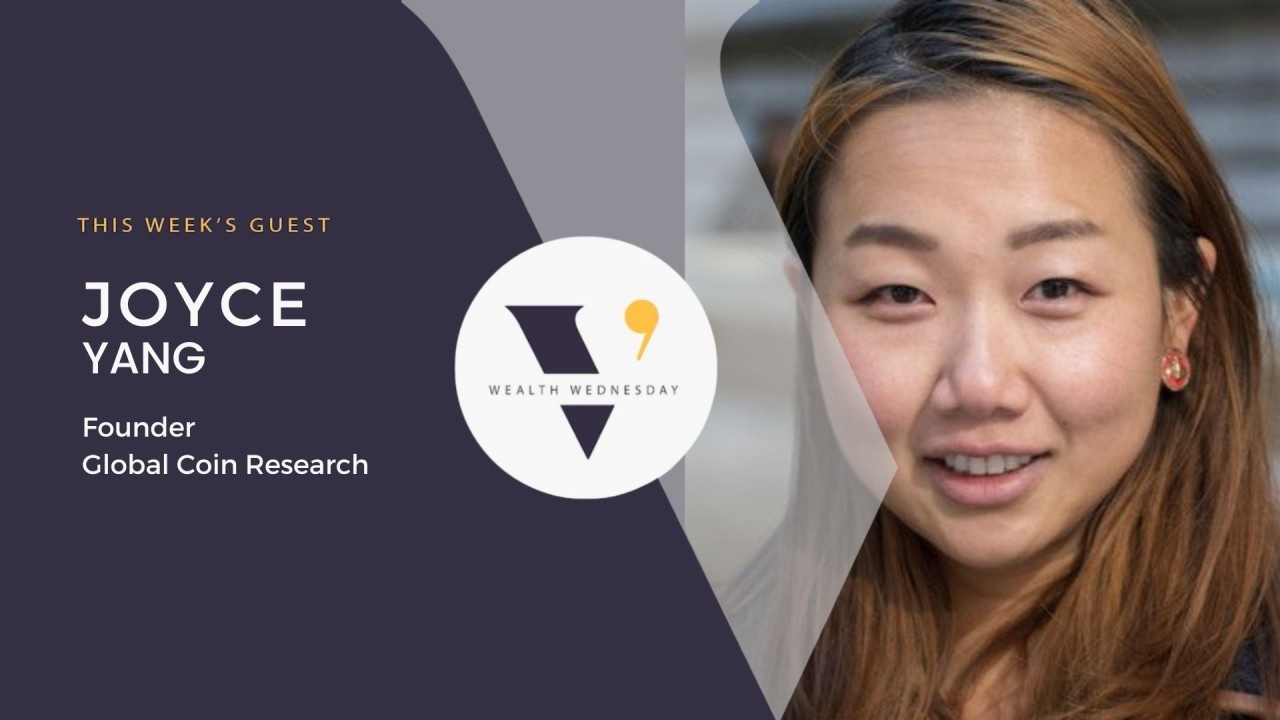 Global Coin Research is a tokenized, decentralized community of learners and investors in Web3. They were one of the first investment DAOs and have paved the way for 1000s of investors to collaborate on research, investing, and web3.

Joyce Yang is the founder of Global Coin Research, a research and investment DAO focused on Web3. GCR has deployed over $30M in capital as a DAO and invested in over 40 projects including SpaceX, Kraken, Decrypt, Aurora, TracerDAO and more. Joyce has been an active builder and angel investor in the crypto space since 2017. Prior to that, she went to Harvard for undergrad and spent some time working in finance and tech.

A bit about my background: I've been in crypto full-time since 2017. I left my traditional finance job head on and didn’t really know what I was getting myself into. The community was so small, but folks were nice and so welcoming, especially in the Ethereum community. That's really how I got my start in crypto. Since then, I founded Global Coin Research in 2018. We’re the largest community-driven investment DAO focused on Web3.

I think what's really amazing about cryptocurrency and the blockchain Web3 communities is that the barrier to getting into an investment or acquiring a token is very low. You can have a Metamask wallet and go into an exchange to buy it yourself.

There were two instances of this for me.

First, participating in the early Ethereum days was so low-barrier. Buying and owning a piece of Ethereum when the ICO just happened, and actually understanding it, while reaching out to the community to learn about them while I own a share in the stake in the network. It was very easy. Anyone can do it. That's what the beauty is for crypto: there's so little barrier, as long as you could just download a wallet. When it comes to private investments, Eve is doing an awesome job at showcasing and opening up for the female community. Personally, I found many friends. I used to work in finance and tech, and we were talking to a lot of developers and communities based in San Francisco who were developing really interesting projects and infrastructure for the Web3 and Web2 space. And then the wave of Web2 folks navigating and migrating to Web3 in 2017 and now even more so in 2022. Now we have folks from Facebook and Uber all coming into the Web3 space, which is amazing. But back then we had some really great folks as well for trying to build the infrastructure layer for Web3 and that's when projects like the layer ones started. All the layer ones that are the core of the instructional infrastructure now.

Second, I happened to know the team who was building Near Protocol back then in the very early days because of our overlap back in Web2 and how they were building infrastructure layers for Web2 companies. Now they're transitioning that and sharing those skill sets into Web3. So that was actually my first investment: Near Protocol, which was pretty amazing. I got very lucky because there's a lot of projects that fail, but Near is now a billion-dollar company. And the team has really persisted throughout the volatility.

GCR or Global Coin Research has been around since 2017, ever since I left my job. We started out as a newsletter platform and research platform that shared information about cryptocurrency and blockchain to the rest of the world. We've evolved over time to not only tack on research, but also have the investment component because we saw that our community were such high quality folks who had very thoughtful insights that could be translatable to investing and evaluating projects. So in the last two years, we've evolved and became a research and investment DAO where it's bottom-up. Community members are the ones dictating the type of research that they're writing on our platform and the type of investments that we're making in the community.

In the investment DAO, we deployed about $40 million as a community. The community actually now is 6,000 members in our Discord, which is amazing because now folks are just sourcing deals organically and sharing that with the community directly. Then everyone gets on a call to diligence a company when they are evaluating the company, or the team. After that, everyone calls capital together to actually make an investment. We found that the community part was very compelling in differentiating ourselves and in really making this a fun process when it comes to investing. We do have a token, a membership token that allows members to join this collective together.

My overall direction and mission in crypto is promoting conscientious and thoughtful wealth creation. If you're in crypto in Web3, you notice that oftentimes there's just so much noise around different projects, different companies. There's just so much hype and volatility in the market sense as well as the marketing sense. What I try to promote in wealth creation is allowing and democratizing investing for our members. They are all accredited investors, but they otherwise wouldn't have gotten access to many of these really awesome projects. A lot of the value and wealth will be translated and transferred to only the venture capitalists or folks who have large amounts of capital. Then secondly, it's really just about integrity and ensuring that the projects that we invest in and support are aiming to build a really awesome Web3 space and that is what we seem to see.

I think there are many different learnings. When we're dealing with crypto and a volatile market, there are just so many more mental challenges, and they need to handled. That's something that I think is a very new experience. Even if you're doing private, venture investing, many times these mentors become tokens very quickly within a year, or six months. But one of the most important learnings I got from evaluating companies and meeting companies on an ongoing basis.

At GCR, we evaluate five to 10 projects a week and meet so many different founders. And when you're trying to do pattern matching around who actually might be successful and who will be really making a dent in the space, it's really folks who are passionate. You can tell the difference between someone who feels super passionate about breaking and solving a problem in the industry versus those who are here for the short term, or perhaps make some money, which is probably a common occurrence that you may find from maybe the traditional Web2 space. But I think the type of energy and passion that you see makes Web3 pretty differentiated.

The one that we are both part of, Syndicate. Syndicate Protocol is a project that essentially fosters comedian investing for Web3 communities. Their platform that has continued to build and continuously try to promote projects that are building on top of them and supports their ecosystem in a way that not only has a great mission and vision, but also has done a really great job in just setting and uplifting all of us. What we all try to do is uplift the projects that we support either financially as an investment or just partners of ours. So Syndicate sets a really great example for that.

I would recommend them to check out Eve Wealth or GCR, as we're both very open communities that are open to having more members who are interested in investing or learning about Web3. We provide those educational as well as resources overall to help folks get into the space. Oftentimes what we see for investments is that they're often very closed, and you have to know someone or be part of a secret group or have lots of money or lots of Ethereum in your wallet to be able to access anything. That barrier is too high. Eve and GCR both wanted to break that barrier and provide a low and convenient, but also very rich and full resources to support folks for coming into the space. I think that's important and something is now on us to do that, or else no one else will. People will just feel intimidated.

Do you have any resources you’ve liked or would recommend?

We love Nansen. We actually have Nansen workshops on a weekly basis and have so many people who chime in and dial in to learn about how to use Nansen as well as how to understand the difference between chain tracking, analytics, and activities. So I think that's a really great tool. The cost is a bit high, but you can definitely try to subscribe to something that's more like a freemium version of it in its current state. But otherwise, I think they're simply just understanding the basics of CoinmarketCap and having these tools at hand. It makes it easier for anyone to kind of enter the space and understand what their holdings are.

Is there anything else we should know?

Follow me on Twitter. I'm @joyceinnyc. I'm in New York City and I tell everyone that I am. Global Coin Research has a freemium and sneak-peak type of product that you can just join our discord and get access to. Some of the educational resources, and even the deal flow that you may hear about are actually accessible for free! All you need to do is join our discord. You can invest with $5K and the entry is very low for anyone who's accredited.