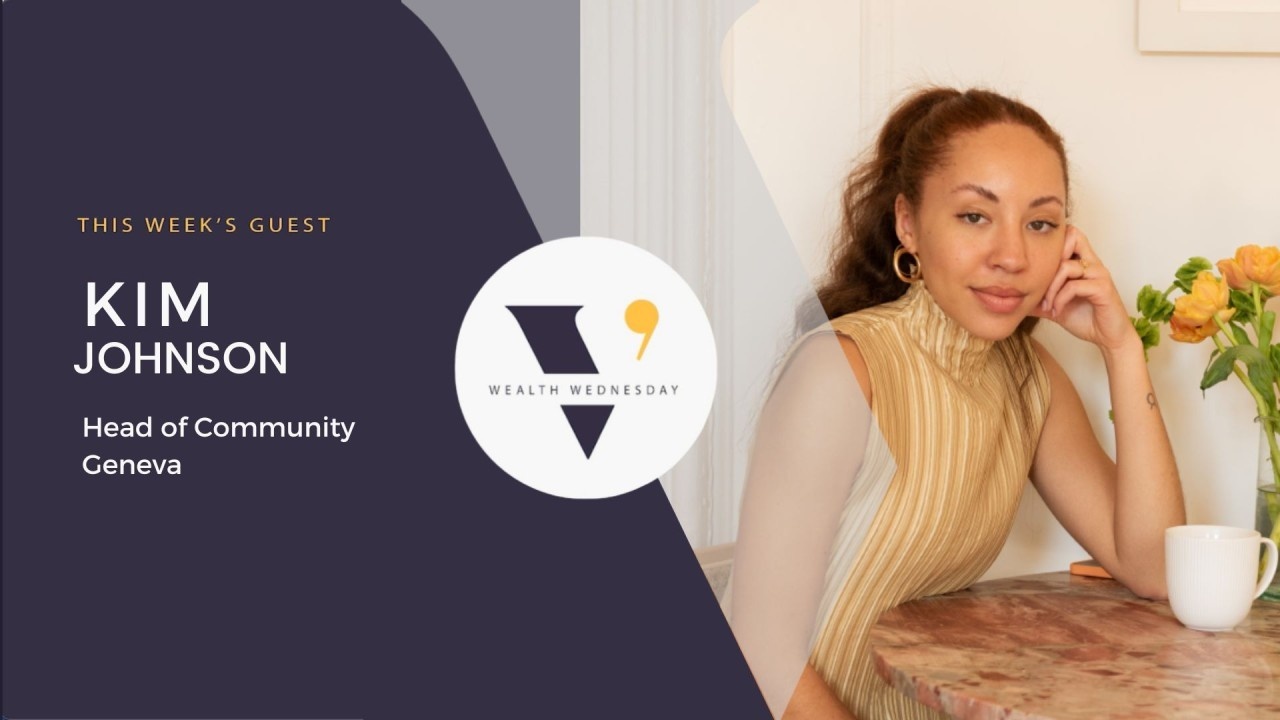 Geneva gives you everything you need to keep your groups, clubs, and communities organized and connected.

We dive into the importance of starting small in communities, investing in things that feel important, and the vulnerability in building communities.

I'm so honored and excited to be a part of this and to be doing this with you. I’m a big fan of you and everything that you have been building. I'm Kim. I am a community girl.

I lead community at Geneva, a messaging app. It is built for communities of all shapes and sizes. That means everything from sororities, run clubs, The Bachelor watch party groups, to creator-led communities, brand ambassador programs, and now web three communities, NFT communities, etc.

My background is actually in beauty before I got into the tech space. Before Geneva, I was at Glossier for seven years total. Five years from brand launch through 2020 building community there. That's where I got the itch, got my feet wet.

I remember being at Glossier about a year into my career, figuring out what a 401k was. That was a real learning experience for me. After that, I started making my first investments in Apple and Coke and these classic brands. That 401k was my initial entry point - just doing what so many young people do and figuring it out through the lens of my work.

As I got older, one of my later investments, my first web three investment, was an NFT for a community in the food and beverage space called Thirsty, Thirsty. So I started, especially in the past year, getting to a place where I could understand investment as not just an opportunity for monetary gain, but also an opportunity to be a part of something that I was really excited about or care about. That's newer for me. But that was my first web three and personal investment.

How did you hear about it, and what was it like to buy your first NFT?

It was so cool to buy my first NFT. I was talking about it the entire week.

I learned about Thirsty, Thirsty through one of my best friends who went to one of their events in LA. And I thought, this is really cool. You've got to learn about the best things, whether it's NFTs, beauty, movies, always through your people.

I fell into community.

I was an intern at Into the Gloss and then at the brand. And then when I graduated college, I was figuring out what I wanted to do and ended up in community because we had this idea of community, but we didn't have anyone owning it.

When I started doing community, I really didn't have a blueprint or a playbook. It was a lot of testing and trying and learning. I created our community on Slack in 2015 because I didn't know where else to bring people. I created our ambassador program and the entire experience was really continuing to try and bite off new areas of, how do we make a people-first brand? That was my entry point. I'm still in this place and I think this is what community is broadly where you're always just trying new things and exploring new things. Community doesn't have an end point. That's when the exploration started.

Going back to the Thirsty, Thirsty NFT comment, I was so excited about that because it felt like a moment where I could say, “This is a thing that I love.” I'm someone who, if I love something, I'm going to share with everyone around me. What was so exciting to me about that was this idea that I could be an advocate for something and have a real sense of ownership of it. That was a real step change for me in terms of how I see where I show up in the wealth space. I am in the discovery phase of figuring that answer out. It's early for me, but that's where my mindset is.

We are so in the early stages of what community, especially online community, looks like. There's so much innovation that's going to happen in the next few years that we can't even really fathom right now. I get excited about seeing, especially young women, building communities for the first time on Geneva and doing it out of pure love and joy. Not as a job, but just as a passion. I'm excited to see the evolution of that space, especially when it comes to the opportunities that web3 tools provide those individuals. That intersection is going to become really exciting.

The thing that I think about most when I talk to people building community is that it is the long game. A lot of times when you're building a company or a brand, you think about the immediate. You think about, “I have to build this thing and get to this milestone”, and the reality of community building is that it's all about people. It's all about relationships, and you're building for the long haul. Building community is a really personal investment that's not a two-way door. That's a good thing. Then if you're building for the long haul, when you build the community, you're going to build something really meaningful for people and for you.

There's probably a few. It's such a range.

I’m really inspired by a young founder named Nadya Okamoto who is the founder of a Gen Z period care brand called August. She is such a powerhouse when it comes to future of community. She started building their community on Geneva six months before they actually launched the brand and still they're so committed to community and everything that they do. It really comes from Nadya. It comes from her at the founder level. I'm always inspired by her and her commitment to community in the long term.

Slightly different, but I'm also really inspired by Chase Chapman. As someone who has, over the past couple of months, been learning about what the web3 space is and where the opportunities lie for communities, her knowledge base is insane. I was really fortunate to go to an event called culture of web3 by someone else very inspiring, Tina Yip. She's a brand strategist. Chase's insight was insane. Super inspired by her, by her as well.

Then also Boys' Club. Really, really cool to see the community that they're building.

Building community is very vulnerable. I would say if it doesn't feel vulnerable or you're probably not doing it super well, to be honest. At the end of the day, you're powering a space that serves people and ultimately the people power that space. If people aren't getting value out of it, you can see it, and you can hear it. People will tell you. It's really a vulnerable thing to do.

First I would tell people to start small. Especially when it comes to community versus your audience or growing your following, starting small is so important to building the through lines and connection points within your community. I always think of it as like a web. When you start with a few people, and you expand from there, you allow those lines of connection to be stronger between each individual, as opposed to everyone hops in and then people don't know why they're here, what their relationship is to each other. Starting small is a really valuable and important way to start.

Then, having the mission of building a space that you want to be a part of and that you are constantly having conversation with your community members and understanding what they want to be a part of should always be the north star. If you don't have a pulse check for what my people want or what I want, it's going to be really hard to try to build a community by just trying to sustain engagement for engagement’s sake or growth for growth’s sake.

Having your ear to the ground of what your members want, having a really core sense of your “Why”, why you started it and why you're continuing it, and starting small are three of the core ways to keep a space that feels really authentic and to build a space that feels meaningful.

Geneva is everywhere - Twitter, Instagram, TikTok. If there's anyone who is just interested in community or starting a community and wants an ear, or wants to learn about Geneva or is like, “I have this crazy idea and I need someone to tell me to help me think through how to make it happen”, my email is also just [email protected] and I always share it. It’s easy to remember. So feel free to hit me up.